Max's first collection of short horror fiction Book of Squalor was released in April 2016 as an experiment in self publishing. An experiment which led to the formulation of Xadrum Ltd later the same year.

In addition to writing and the day to day running of Xadrum, Max is a professional actor and avid gamer; using role-playing as an essential outlet for his constant need to create. Much like his father, Max's working life has been a patchwork of careers including hospitality management, insurance telesales, freelance bar management and local authority children's safeguarding admin.

Max stepped away from writing in his early twenties, as he wanted to see a bit more of life before commenting on it. He returned to writing in his late thirties and since then his work includes forays into poetry and scriptwriting – for both stage and screen. Examples include his short film Mourning's Landing and the double feature Set Me Free [Vol 1] and Vol II: which he co-wrote with Laura Belcher.

Max carries the torch of the Rudd family writers, which he balances with part-time work at his local hospital. He is currently editing his second collection: 'Portals', which has a fantastical feel bordering on the New Weird, and in which his love of dream imagery comes to the fore - an irony not lost on Max considering the terminal state of his insomnia. 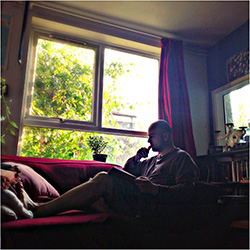 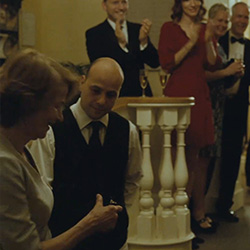